The effects of current events in Venezuela are being felt in the Baltimore Orioles minor league system.

Today marks the first Spring Training game for the Baltimore Orioles; the team is playing the Atlanta Braves in CoolToday Park in Venice, Florida.  Baseball is back and it is exciting. 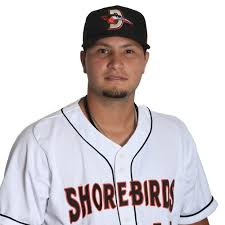 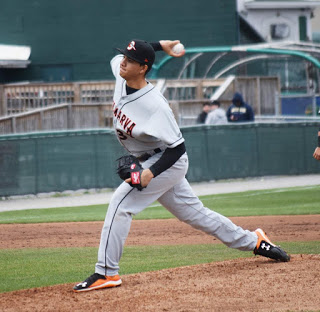 Simply put, the crisis centers on the fact that two men, Juan Guaido and Nicolas Maduro, both claim that they are the legitimate president.  Maduro has the support of the military and the state apparatus while Guaido controls the National Assembly and has a higher approval rating among Venezuelans.  Caught in the middle of this stand-off are the citizens of Venezuela.

The current situation is considered a humanitarian crisis; corruption and an economic meltdown rule the day.  Everyday essentials, food and water, are either outrageously expensive or hard to obtain.

#Caracas, the water supply barely reaches homes: only 50 hours out of the 168 per week are supplied. We Venezuelans are not camels, the drinking water crisis is one of the most serious in the country. #EverybodyDeservesWater” – VP of the National Assembly pic.twitter.com/QiiZBUoQ95

Venezuelans are fleeing the country in massive numbers as the country suffers from an unstable currency, rampant disease, violence and hyperinflation.  Many who remain are suffering from starvation and malnutrition.  The once wealthy nation sees 90% of its population living in poverty.

Knowing this is occurring back home while being over 1,700 miles away from loved ones cannot be easy for the Orioles Venezuelan farmhands.  Breaking into the major leagues is difficult enough under “normal” conditions; it has to be exponentially more difficult when your mind wanders to your loved ones who may be suffering.  The situation is so bad that the players really can’t go home during the off season, adding additional pressures to them.

An example of the difficulties these players face if they return home is the 2018 deaths of Luis Valbuena and Jose Castillo in a car crash while avoiding a highway robbery.

I am certain that this piece is an over-simplification of the Venezuelan crisis and lacks political perspective (sports are my forte after all); it is meant to draw attention to the situation and point out what it could be doing to some of our minor league players, however.  My intent is to shine a light on the issue while informing fans of what goes on with some of the Orioles prospects.  Should you interact with any of these players during the season, keep in mind what they are going through and simply offer them support and compassion.

An eerie quietness was in the air this morning when I went out to get the morning paper.  The collective disappointment of Baltimore was palpable.  Today was not the morning fans imagined just 24 hours ago; the Baltimore Ravens stunning 28-12 loss to the Tennessee Titans has popped the region’s excitement balloon.

As I reflect on all that happened last night, I take solace as a dyed-in-the-wool Baltimore Orioles fan in the fact that all the events of the past four months illustrate how it can and will be when the Orioles reach the pinnacle of Major League Baseball: a World Series Championship.

The Bowie Baysox went from a record of 7-23 to Eastern League Western Division Champions and brought playoff baseball to Prince George’s County.

The Baltimore Ravens finished the season with the NFL’s best record, won the North Division and were set to make a Super Bowl run.

Playoff excitement was certainly in the air over the past few months.  Tangentially, the excitement in the District surrounding the Washington Nationals’ path to a World Series Championship was also experienced here in the Baltimore region.  Long-suffering Nationals fans showed what it is like to finally experience the elation of a Championship.

As I witnessed all these events I could envision what it will be like for the Orioles to make a run at the Commissioner’s Trophy.  There is nothing like playoff baseball.  This town will lose it’s collective mind when an Orioles Championship parade is in order!

The purple hue and buzz in Baltimore will be matched by the orange hue and buzz that is sure to come in a few years when Mike Elias’ plan bears fruit.  I also can only imagine the excitement that will accompany 2019’s overall number 1 draft pick, Adley Rutschman‘s arrival in Baltimore.  Rutschman brought crowds and excitement to his stops in the Orioles’ Minor League system and he is sure to bring the same to Oriole Park at Camden Yards.

For all the recent excitement, it will be better than imagined when the Orioles finally reach the top of the mountain.  The past few months show us as fans of the Baltimore Orioles how good it will be when we experience the ultimate joy.  That joy is coming O’s fans, be patient and trust the process.

My parents and I hightailed it for Hartford at 7am from my host families house in New Market, MD for my Double-A debut. I slept for the entire ride and my parents dropped me off at the hotel in Newington where I met up with my man Cole Billingsley, another Frederick Key that got the […]

2019 was a wild ride. So much so that I’m not sure where to begin with talking about the year. The last time I blogged feels like years ago, but it was the second week in May, in the middle of the best month of baseball I have ever had by far. Since that time, […]

via “I’m Home Mama” Part I — A Ballplayer’s Blog

The 2019 Arizona Fall League is underway and fortunately one of the members of the “Bird’s Nest” is still playing meaningful baseball: SS Mason McCoy  (#24 Prospect per MLB Pipeline).

Each day here you will find a summary of his game performance as well as up-to-date stats.

I hope you enjoy this effort and that you will provide feedback on it; I am open to any suggestions on how to make it better as well as any criticism of it.  Let’s engage in a dialogue about the players; they are the future of the Orioles.

The Saguaros finished 3.0 games ahead in the AFL West Division and will face the Salt River Rafters for the AFL Championship on Saturday, October 26th.

Come back every day to keep up with how all these prospects are performing.

The 2019 Arizona Fall League is underway and fortunately one of the members of the “Bird’s Nest” is still playing meaningful baseball: SS Mason McCoy  (#24 Prospect per MLB Pipeline).

Each day here you will find a summary of his game performance as well as up-to-date stats.

I hope you enjoy this effort and that you will provide feedback on it; I am open to any suggestions on how to make it better as well as any criticism of it.  Let’s engage in a dialogue about the players; they are the future of the Orioles.

Come back every day to keep up with how all these prospects are performing.

Four years ago I mustered the courage to publish my MLB Post-Season predictions, not because I thought I could actually handicap but so I wouldn’t be “that guy”.  We all know that someone who doesn’t talk about sports but comes into work the day after a game, especially an upset, and proclaims they “knew it would happen”.  I wanted to have a record of my thoughts and predictions for all to see and poke fun at me if need be.

WARNING: I am actually lousy at this so do not rely on what I write.  If you are one to put a few coins down on these games I am sure you either know more that I do or you have other, more reliable, sources of information.  Just like those football sheets say, this is “for entertainment purposes only”.

The 2019 World Series features the American League Champions, the Houston Astros, playing host to the National League Champions, the Washington Nationals in the best of seven series that starts tonight at 8 pm ET on FOX.  The pitching match-ups in this series look to be exceptional; the series should be nothing but entertaining.

My colleague at Birds Watcher, Jesse Morrison, penned a piece today giving fans three reasons to root for the Nationals.

I don’t need any reasons as I’ve ridden the Nationals so far and I will not stop now.  I’ve picked them every step of the way and I am still #TeamNationals.  I really like the way the Nationals are playing sans Bryce Harper; they have become a team that doesn’t seem to wait for Harper to come through in a big moment.

The Washington Nationals will defeat the Houston Astros in 6 games   ✔️

The NATIONALS won the World Series 4 games to 3. 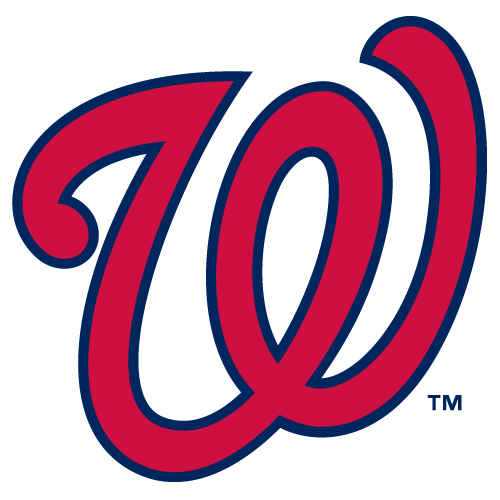